Last weekend, I headed out to the Orient Express Run in Chinese Camp to take photos of the runners.  It was a little strange to go to a race and not be running it myself, but I did take all three boys to run.  Well, two of them eagerly agreed to run.  Brennen initially said he did not want to go.  Since we had an extra boy spend the night to go with us, there was extra activity in the house, so sleeping in was not happening, and I think that was the only reason he agreed to go “just to watch.”  We took his stuff anyway just in case.  At the registration table he still said he didn’t want to run.  But as I was about to fill out my check for the entry fees, he suddenly changed his mind.  I paid before he could back out.

Almost immediately the tears started.  “Will everyone know if I lose?  How many people are running?  Am I running against adults?  What times will people run?”  I worked hard to keep him calm until the start.  As soon as the gun went off, he jumped to the front, and no one ever passed him!  He won the whole one mile race!

My little knobby-kneed nine year old finished sixth in the one mile and third in his age group.  And Colby ran the four mile race at an easy pace with his buddy to finish twelfth and second in his age group.  Even though I did not run this one, that bit of stress before the start was enough to leave me exhausted!

The rest of the race photos of all finishers can be seen here. 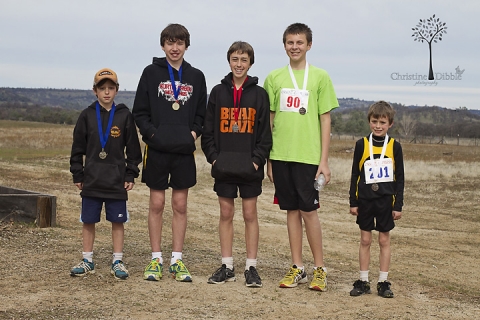 We took home a lot of hardware in our group! 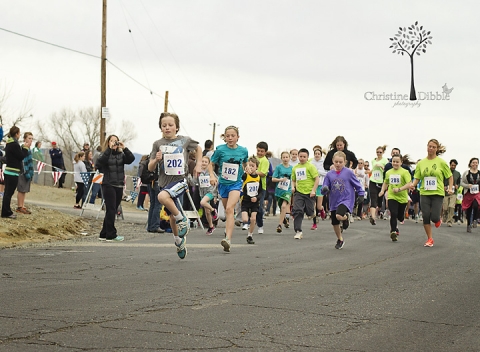 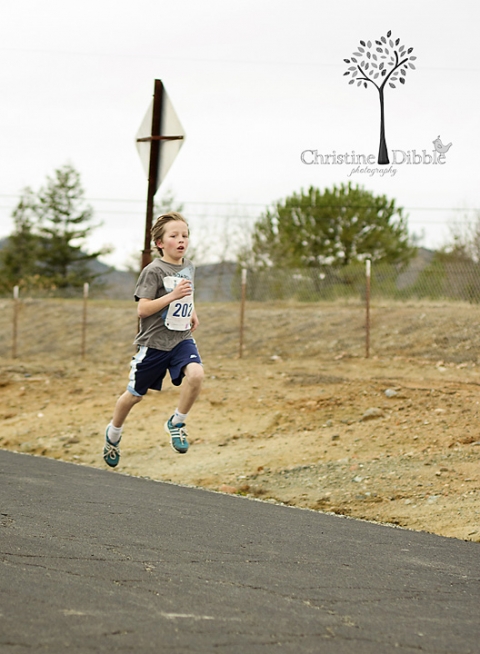 Brennen leads the charge to the finish line in the one mile run. 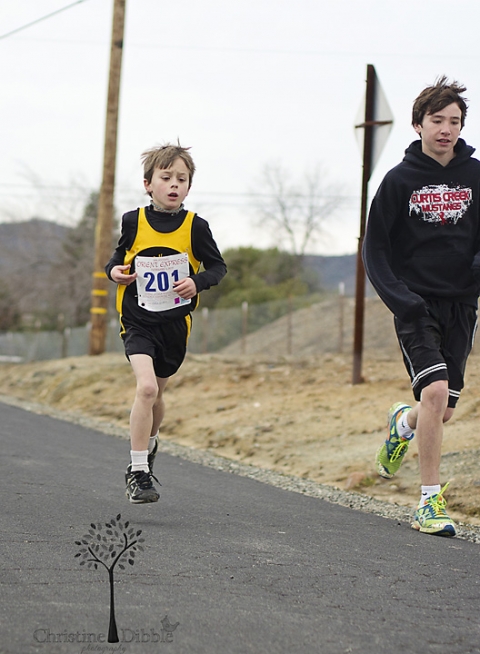 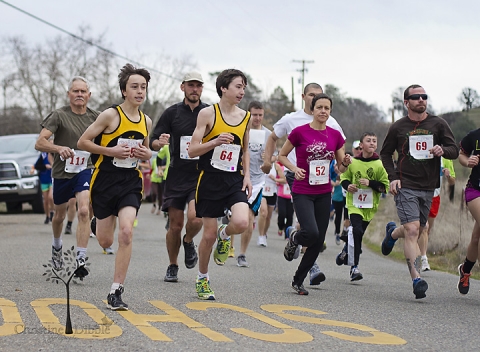 Colby and Jackson take off with the leaders in the four mile run. 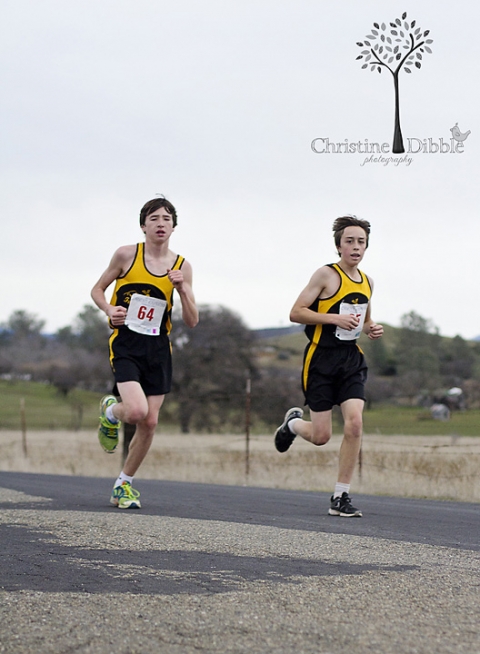 Colby and Jackson finish together in the four mile run.